The M26 Pershing was introduced in the final stages of WWII as the successor to the M4 Sherman. Featuring a powerful 50 caliber 90mm gun with a range of 1,400m, the Pershing was designed to take on the powerful German Tiger and Panther tanks. The Pershing boasted not only assault power but also excellent mobility. Pershing tanks were also deployed to Korea at the outbreak of war in June 1950, and overwhelmed the rival T34/85 Soviet built tanks of the North Korean and Chinese armies.

This radio controlled tank is the top of the range of our RC tanks and is awesome! It's a large 1/16 scale featuring firing sounds, built-in real smoke generator, simulative motor start-up sounds, engine sounds, machine-gun sounds and cannon ball sounds.

The Snow Leopard is almost 2 feet in length! This is fully functional with multi-directional driving (and it's fast!), 320 degree turret swivel and the barrel raises and lowers. This tank stands out for two main reasons. Firstly it is a powerful Airsoft tank with an amazing range of almost 50 feet and a capacity of 40 pellets. It powers out plastic 6mm BB's and even has a powerful red warning light next to the barrel that illuminates just before it fires. Secondly the tank actually smokes from the exhaust. Do not confuse this with the old models which don't do this.

Have a full-on battle with up to 2 of your friends and see who will become the Airsoft Battle Tank Champion. This is the brand new upgraded 2.4Ghz version. 2.4Ghz is more stable and gives better range as well as allowing the use of multiple models in the same area without interference.

Skip to the end of the images gallery 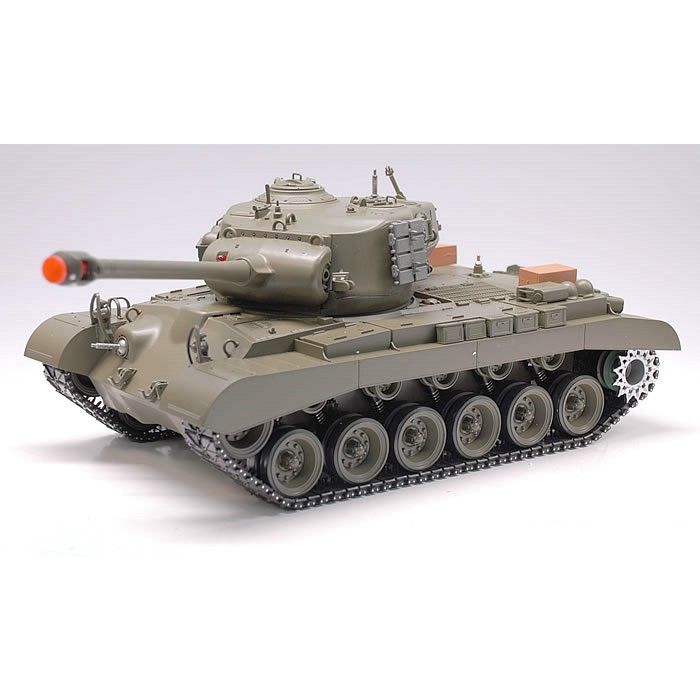 Skip to the beginning of the images gallery
Details

The tank can move on a rough road.

Reviews
Write Your Own Review